Ohh, ohhh, I really like the idea of the lividstones being nightmares based on Polokus's memory of the livingstones! I was actually thinking of that before but I forgot to post it.

When you defeat nine antitoons with one punch!
Top

Incase anyone missed it, shortly before Christmas I had a week of Rayman Headcanons on Tumblr.

As mentioned before, I'm inclined now to think that Helena Handbasket and Mamma Voodoo are twins. That probably contradicts my previous one about Mamma Voodoo and Space Mama being related, but whatever.

I'm not sure if anyone else had theorized how the world, "The Tomb of The Ancients" came to existance.
But I'm going to warn you all though, that the theory of mine you're all about to read, is taken straight from my two fanfictions. "Indiana 'INDY' Viola", and "Vicarya the Adalisk"
Good, the Tomb of The Ancients came to be when a lot of dead bodies had to be disposed of after a war had ended on two planets whose people were fighting against one other for decades. There was no room left in the cemeteries of their originated homeplanets: Razorbeardland, a planet where Razorbeard came from. And Henchmanland, the planet where the Henchmen robo-pirates came from. The cause of the deaths was a plague that spread across HMland and RBland, the sickness is known as the "Rabid Plague". (A horrid sickness that only humanoid/organic robots can get, such as Razorbots and Henchbots) While the ships were carrying the dead bodies, the ones who steered them eventually found the Glade of Dreams. As they set foot to land, they believed there were no signs of life. So they continued on their way and found a place not long after where they can bury the decaying bodies.
After some days later when there were still bodies to be buried, a purple serpentine dragon creature known as the Adalisk, arrived at the new long-distance cemetery. While she's there, she wished a blessing on those who fell ill and passed away from the Rabid Plague illness. And told all of them that she was sorry for going mad, and wishes them all a good time in the afterlife.

Years and years later, the bots would expand the place, so that it becomes a underground cemetery. Though, but one day... the place became haunted since the serpent dragon stopped visiting the place to give tribute to the R.P. sickness victims and long deceased veterans. Strange and creepy creatures show up at the place, and those would be Zombie Chickens, giant mutant spiders, and if by a chance, you might lay your eyes upon this strange creature... the Falx Clauda. (This monster species is NOT present in the games, it's a species of a fancharacter I made years back)
And when the Robo-Pirate invasion occurred however, the spirits of the deceased went inside the dead bodies. Some went in of their own, or from others, and become zombies. It's their way to protect the place from enemies. And whoever dares to enter the Tomb if mortal, they will not be seen as a friend or ally, they will be instead viewed as an enemy who wants to destroy their sanctuary. As the Tombs were dubbed by the ancients family as the "Sanctuary of the Broken and lost Souls" And the Adalisk who's the Guardian of the place, like Axel, Foutch, Umber, and Golem 13 (if that is it's name, I think).
PSN: Toxic_Dragon_96
Twitter: DeltaVelocity
Top

Why the nymphs dress so scantily: in order to dissipate the unimaginable heat generated by their dense muscles as they use those tiny wings to provide enough lift to stay airborne!
This raises more questions than it answers by the way.

You mean to say the Nymphs are... hot?

A very short, spoiler-free headcanon of mine:
The Nettles can communicate with each other. In fact, they're rather intelligent. One might say deviously so.
That's all... I will give you.

I have a headcanon if we consider RR to be canon. Bzzit changed is appearance due to a growth metamorphosis: young mosquitos are limbless and more matured ones have limbs like in RR and RO/RL.
Top


Shrooblord wrote:A very short, spoiler-free headcanon of mine:
The Nettles can communicate with each other. In fact, they're rather intelligent. One might say deviously so.
That's all... I will give you.

Makes a lot of sense to me!


Haruka wrote:I have a headcanon if we consider RR to be canon. Bzzit changed is appearance due to a growth metamorphosis: young mosquitos are limbless and more matured ones have limbs like in RR and RO/RL.

I've a feeling I posted something similar once, or at least thought about posting it.

I have an unorthodox theory that Razorbeard was behind Rayman 3. Collab'd with Andre. He did afterall appear in the Hoodlum headquarters, (and if we use a bit of imagination we can come to a similar conclusion as mine) haha - The Pirates funded the Hoodlums!! 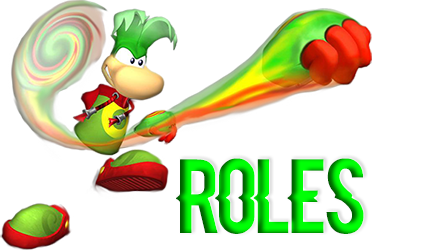 We know that the Dark Lums came to be due to being terrified as normal Lums. Perhaps the invasion of the Pirates caused them to develop said trait, given how the Humches loved to eat them.

We also can see bits of Robot-Pirate architecture in the Hoodlum's constructions, perhaps they did learn or take something from what they left behind?

I'm not to keen on the idea of them collaborating, they both seem to be too egotistical to do such a thing, but I think that the Hoodlum's having taken something from the legacy of the Pirate's invasion is a likely scenario.

Master wrote:We know that the Dark Lums came to be due to being terrified as normal Lums. Perhaps the invasion of the Pirates caused them to develop said trait, given how the Humches loved to eat them.

Now that's an interesting headcanon. I never thought of this before. We might not know how much time it passed between the R2 and R3 events but if Globox knew about the cause of the appearance of Black Lums and the Teensie Doctors also knew about their existance then it is a plausible thing.
Top

Where does Rayman M fit into the story? Or doesn't that count

I'd say Rayman M is the bridge between the original Rigatoni story for the Robo-Pirates, Rayman 2 and Rayman: TAS. There's Rayman: TAS, then Rayman 2 happens, then Razorbeard gets beaten and bumps into his old master Rigatoni from who he'd fleed once he bumped his head and a transitor fizzled and he grew madly intelligent after being quite a numbskulled lackey himself. (So the order of events is TAS, Razor bumps his head, becomes intelligent, escapes, builds a robo-army, Rayman 2, Razor flees, bumps into rigatoni, Rayman M)

Rigatoni, out for revenge, captures the helpless Razorbeard and a Henchman clinging on the underside of his escape pod and forces him to amuse him in his arena of battles and races. He's got a grudge against Rayman and crew for busting out his pet Lac Mac so he gets them involved as well. Also his replacement for Razorbeard in his circus, Razorwife, is sent in to show everyone how a proud Rigatoni underling handles such contests (note her gypsy attire and how circusdwellers usually have similar clothing).
Tily's another one of his fairy captives and the outdated Henchman 1000 model was one of his original circus strongmen who build up and break down the building whenever they dock at a new place. This robot model is actually what inspired Razorbeard to create his own in their likeness, but better (more scary factor, slightly less intelligence so they're more obedient, less Spanish flair so they don't compete with Razor with the Robo-ladies).

PS
But that's only my theory on how I'd connect those games. I wouldn't personally say the games are connected.

Yeah Globox ate too many blueberry pies and got nightmares. He turned into Glombrox but then woke up while Glombrox was still alive and so now there are two Globoxes, one of which is Glombrox.

I personally don't think that Rayman M is connected to the other games, so I consider it a spin-off. It is interesting thought that he seems "nicer" in the game if we compare to what he used to be in Rayman 2!
Top

Yeah the atmosphere in RM is generally quite upbeat and lifted. It's like they've all come together and play games instead of kill each other.

Perhaps RM was a contest for ownership for the Glade, when Razor and his lackeys were horribly schooled, he decided to send 1000 to the smelting pool, divorced RazorWife, and went for conquering instead. The first victim of his aggression was TIly.

Here's my theory: Rayman M is a dream. You know, just like every other Rayman game.
Top

spiraldoor wrote:Here's my theory: Rayman M is a dream. You know, just like every other Rayman game.