Is it worth a purchase, even if you don't understand French?

For collection, only. Almost all pictures are already known so...
Top

He actually confirmed that after wild and bge2 he is going to make a FOURTH Rayman game, we ain't talking about a rayman game with another name, it's actually the 4th installment in the series

Eren wrote:Has anyone seen the new post by Ancel?

He actually confirmed that after wild and bge2 he is going to make a FOURTH Rayman game, we ain't talking about a rayman game with another name, it's actually the 4th installment in the series

God , Do you have a link ? I've never thought it was going to happen , I'm already hyped

Is there a word for when creators themselves start buying into misconceptions about their work because they're bandied about so much? What method of counting could give four at this point? Are Ubisoft looking to be rescued from Vivendi by a friendly Microsoft takeover?

Ambidextroid wrote:< was in such a rush < had no time for breakfast, so < took a fistful of corn flakes and stuffed them in <'s mouth, then poured milk over the top. It worked but it drizzled milk all over <'s front...

Maybe Michel Ancel was one of those people starting petitions for "Rayman 4" all along, and we all laughed in his face saying Rayman 4 already existed and a 3D sequel would never happen.

True, it bothered me that he said "4th adventure"--as if his 2D labors were just shovelware, or something. I hope he doesn't feel that way about Origins and Legends because they're genuinely great games, and no less a "true installment" than Rayman 1. It's also worth noting that Ancel used the phrase "far from his time of glory"--a bit cynical perhaps?

I started to lose hope about a sequel of the serie. That's really good news!

Perhaps Michel is a bit bitter about Rayman becoming a mobile game as opposed to the full scale game of days past. We can only speculate.

Either ways, it's nice to hear Michel still has plans for the Rayman series, though at this stage, I'm not getting my hopes up yet. We still have BG&E2 and WILD to wait for, and it looks like there's still some time to go before they're complete.

Regardless of how he feels about the series the post at least implies that he still has stories to tell with Rayman and it's nice to see him still fully invested in the series.

I'm a little confused with the fourth adventure, given that we have the normal trilogy and the Ubiart trilogy, but then again I highly doubt that's really the latter. But regardless of what he does, a numerical fourth entry doesn't quite mean much to me, all I'd really like is a new 3d adventure, regardless of what style it uses (a 3d version of the Ubiart stuff would be neat though.) 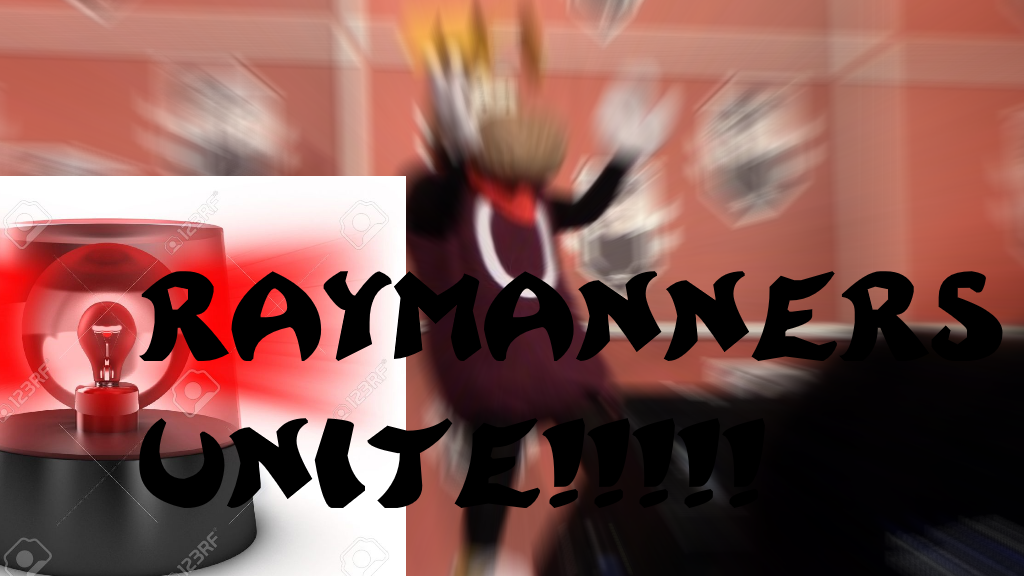 So I'm a fan. On topic of forum jazz jackrabbit ban rayman 1 sprite jazz remake rayman 3d game sprite? OK! So! In the next Rayman 2 level there will be a lot of lava now hear me out! This represents Rayman is angry with the pirates! Heat, warm, like how heated Rayman's brain is from all this fighting! It shows more impact and that Rayman is a characters who feels and is a cuck. (He must fight pirate to uncuck). Lots of volcanals would be there and Rayman would pretty hard, swining fists hard and punching the guys. There would be a platform and that would float and Rayman would jump on it and it would be like that sort of experience. This is not a Mario game however, but it does take place in the same universe as the kingdom and you can see world 8 from New Super Mario Bros. in the distance when you're at the top of the biggest volcanal. Tehn level 3: Rayman in SPAAAAAAAAAACE! Rayman enters the portal on the moon and enters the Aperture Science lab! This would be great, because Portal 2 is one of the best non-Rayman 2 The Great Escape/Rayman 3 Hoodlum Havoc games out there. ( Notice this game is still not as good as Rayman 1 and Rayman M / Rayman Arena / Rayman Rush. On par with Rayman Legends / Rayman Origins. Better than Rayman Raving Rabbids, that is not even a real Rayman game. I fucking hate the Rabbids, I wish they would die. Every time I see a Rabbid I scream screams and dream dreams. What if you should decide, that my banus is very very wide? Point is, I wanna fist a Rabbid's eye, and it bothers me that this is something that would ever have happened. I can only guess Grandmaster Michael Akonkwo fought very hard to stop that terrible game. I mean look at what the concept art and 2006 trailer was! That game, coul've been the greatest video game ever made, EVEN BETTER than Rayman 2 Great Escapist. But you know, Ubisoft did not, and I really regret that. Hopefully the news will cover this if we rally for Rayman 4: The Proper? The news should definitely talk about Rayman 4, perhaps someone on this forums will have a dad who works for the news and can do a story to get attention from Ubisoft. Or nintendo if they'd rather make the game. JUST NO RABBIDS!!!!) and so Rayman is in the lab and he uses the portal gun that would be freakin fun. Can you imagine Robo-Pirate invasion on Aperture Science? And Half-Life 3 take place there so Gordon Freeman comes in and teams up with Rayman and friends to fight the pirates. Consider it please, for whoever on RaymanPC will make this 3D remake? I think Adsolution should help because makes Rayman 1.5: Revenge of the Knoqs. Could make big cool Rayman 3D and rip sprites for it (the game). Please Adsolution you must understand we all love Rayman 2: Grant Kirkhope much here on the rayman site.

Burgers float into my room...

Really? Come on, I'm all for having a laugh about this "announcement", but this is borderline unreadable.

PluMGMK wrote:Really? Come on, I'm all for having a laugh about this "announcement", but this is borderline unreadable.

Really? What are you, African?

No, just someone who hasn't the energy to wade through several pages' worth of disorganized diatribe that's supposed to be a parody of God-knows-what.

Shut the fuck up!! If you don't like Rayman 4 you can just go! Why are indians always like this
Burgers float into my room...