Birds858 wrote: ↑Tue Oct 09, 2018 8:09 pm Did I am the only one to find that Infiltration Station (Invaded) it’s the most hardest level of the game, I can’t remember how many times I tried to get the three Teensies in this level.

That invaded version of it? That literally drove me insane and took me over an hour the first time I done it. The second time I found it so much easier.

It's commonly thought of as the hardest, most evil level in the game, yes. Probably the reason I didn't finish it properly for months after I bought it (and completed the story).

Sig with Dora made by R4Y_ANC3L; others made by me

I thought of a new contest thing, like TTQ. All the rules would apply from TTQ the only difference is that instead of questions you'd be asigned a challenge to complete that would be ranging from simple to what ever torture you can come up with. As an example from Rayman Legends in this screenshot, 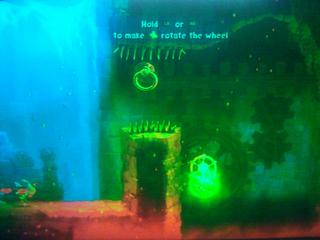 I as the current host of the season could challenge the current contestants to break the cage without using the hellicoper. By pressing the R and L buttons to rotate the cage to you and jump at the right time.

I personally would add just one rule to this contest that TTQ doesn't have and that is that the host of a season would have to describe how contestants should complete such a challenge no matter it's difficulty in order to keep things fair.

If it sounds like something we could do can someone make the thread, I would make it, but I want to be sure it is executed well.
Top

We actually have a Challenge of the Month that's been dormant for some time. Do you think your idea would work well with that format?

Sig with Dora made by R4Y_ANC3L; others made by me

There were also this topic who is kinda similar to Challenge of the Month and Raymanarenaps2 idea : viewtopic.php?f=13&t=26391

The Jonster wrote:Alright I have this one then which still amuses me a little since it brought up waifus.

It’s not awesome, it’s a fact.

I think challenge of the month would be a bit of fun whenever a few people aren't busy and want to try compete. Obviously for fun and no cheating (not pointing any fingers here)

What’s everyone’s Daily/Weekly challenge scores for today? I’ve made it a little side-hobby of mine to get gold trophies each day so I thought it’d be nice to compare ‘em with other people’s

Interestingly enough, I only managed to get a silver trophy on a really tricky Daily Extreme challenge a few days ago, but when I woke up the next day I’d been rewarded with a gold— you’d think the more people enter, the less likely you’d be to get a high ranking, but I guess that goes to show how many people just settle for bronzes... looking at you guy-who-first-made-me-aware-that-Legends-was-even-a-game
I do things, sometimes

I have a habit of annoying myself by going for Diamond Cups, even if it takes me hours. I haven't played the game in a while now but I'll be going back to it eventually. I have most of the work done on Xbox One, but I'm not sure whether to keep playing that or replay the game on PC then stick to that.

Have you actually ever won any? If so, p l e a s e t e a c h m e y o u r w a y s. My goal throughout all of this gold-collecting has to be in the top 10 competitors at least once, eventually, so any speedrunning tips would be infinitely appreciated

Also, if only the OP was still active to update the poll— I’d definitely pick Definitive Edition as my favourite version as the Joy-Cons are fun to control with (plus they spawned my habit of moving them to the beat of the tracks of the musical levels as I play them

)
I do things, sometimes

I think the Switch version is cool too considering that you actually get to play the game on the go. It beats the VITA version definitely.

Anyway yeah, I have won a few of them, but it's not easy and I've often had to spend a long time on a challenge. I know one of mine was on Murfy's Dungeon as far as you can, one was on Land Of The Livid Dead for Lum collection and one was on a falling challenge where I had to do it in just over 12 seconds.

I have won a couple more but it has been a while since I played. I'll set up the Xbox One later and let you know. It might have only been about 4 Diamond Cups I won, though you have to have the top 1% of scores in the world on the challenge to get one.

As for speed running, I usually just keep spinning and jumping before the end of the spin then repeating that to keep the momentum. A lot of people just spin then jump and then hold down and keep jumping though I'm used to doing it my own way

I always try to get diamond cups too, but when I realize you gotta go 32 km for that i decide not to
it'd drive me insane 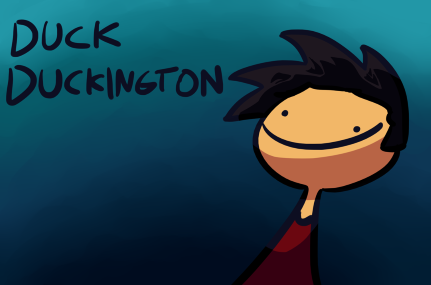 I never try to get diamond cups because I settle for silver and gold cups if I can get them. Also because I don't see a point in trying that hard because it just ruins the fun.

Anyway, what I wanted to say is that I just love this game mainly because of the gameplay (of course), but also because of its medieval style and a love for every little detail. For example in the main menu how the flags on the castles in the background are animated when they shouldn't have a reason to be. Like in Rayman 2, the little mushrooms that stack on top of each other, fall off and repeat. It's just these things that make the game look even prettier. Now as I said, I mainly love it for the gameplay of course, but I just wanted to point out what I like design-wise.

I agree, the controls are probably some of the smoothest and best out of any platformer game

Usually only one person has 32km when I try so you only need about 2km or less usually.

I wouldn't say it ruins the fun because I like the challenge, but if you're on a really hard one then it can annoy you a little to keep trying. People get annoyed at games sometimes though.

Diamond cups are worth way more points than gold also, 5 times as much points in fact

Yeah, but what I meant is that if you keep trying really hard, it can ruin the fun.

It can, but if you know a challenge has a ridiculous target you can never get then don't bother trying, you can avoid that.

I'd try the challenge and compare my score to a Diamond cup first then decide if it's worth trying.

Yeah, I guess you're right.

By the way, that's exactly what I do for silver and gold cups

It's the best method really

I'm patient, don't get me wrong, but when I see a go as far as you can challenge for example (those are my favorite type of challenge) that has the diamond cup at like 14 km, I lose my patience (that reminded me of Madder

Also one time I saw a Neverending Pit challenge having its diamond cup border at 1 second and I was like "What?" because there are so many obstacles and objects and you have to begin the challenge in order to play it (of course) and when you start, that would be 1 second in itself so I don't know how one would even get a diamond cup when it says that