Rayfist wrote:I feel like a massive douchebag. Last year on RPC, I called Kingdom Hearts overrated. I'm the biggest ass hat here. Now I REALLY want to get into the series.

You have a lot to go through. A LOT! thankfully, the HD remixes on ps3 contain all the main series games in HD as well as the two ds games as movies, basically, leaving Dream Drop Distance on 3DS as the only one not on those collections.

Also looks like a tangled world has been confirmed.

But I like nearly all the games you like. You're telling me you think your own taste is shit?

I was really sceptical about the Triforce Heroes game, but they're playing it at Nintendo Treehouse now, and it actually looks pretty fun!

Triforce heroes does look fun, I may just buy it mainly to play online with friends.

Meh, the winner of this E3 doesn't seem quite as clear cut as last years. Ironic though that it's Nintendo, the folk who were proclaimed to have won last year, that seemed to have dragged far back.

Overall, I do think it was much better than last year, though I think the top position will probably be between Bethesda, and Square Enix, from what I'm hearing.

They killed off Purple Link. Too tall.
Top

I got bored during Square Enix, but that's more because it's not my type of games they showed. Kingdom Hearts looks great though.

imco wrote:I got bored during Square Enix, but that's more because it's not my type of games they showed.

>Implying RPC cares for any RPGS other than Pokemon or Paper Mario. 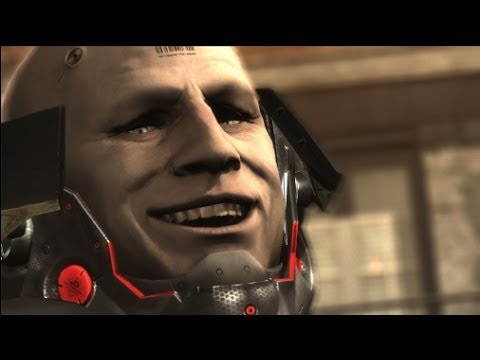 imco wrote:I got bored during Square Enix, but that's more because it's not my type of games they showed.

>Implying RPC cares for any RPGS other than Pokemon or Paper Mario.

I do, funnilly 'nough, I really couldn't care about either of those, lost interest in pokemon in a big way when I bought omega ruby day one, played it for half an hour, never touched it again. and the only paper mario i've ever played is super paper mario, the one entry in the series thats stretching it by calling itself an RPG.

My only real problem with RPGs is I start them, get about halfway through them, then put them down for a month to a few years cus other games have grabbed my attention

I speak for most of RPC with that statement, kek. It's good to see there are some RPG fans here like you and Drol.

Well, I didn't like the games they showed apart from Tomb Raider and KH, and the presentation was quite dull.

Rayfist wrote:I speak for most of RPC with that statement, kek. It's good to see there are some RPG fans here like you and Drol.

We don't all play the same RPGs as you do! CAN YOU NOT?

I mainly play BioWare games for RPGs, okay, and I am a HUGE fan of the new generation of Deus EX. Maybe that's why you didn't know about it.
Oh, and Darksiders...oh, and a few MMORPGs.

Anyway, looking at the games out there, Square Enix is ahead by a little margin. Mainly because they showed a little bit more of quality games while maintaining diversity (looking at you UbiClancy *cough* *cough*).
It doesn't mean every company doesn't have its fair share of good games. But more for Square Enix...


ikke471 wrote:To me the winner was Nintendo in terms of how fun the presentation was.

At least they know how to celebrate milestones *cough* *cough*

Loads of talking that just could've been skipped.
It became boring after 30 minutes.
To me all these games just weren't interesting AT ALL (except Just Cause 3, KH3, Life is strange and neiR).
Mobile games. (don't really have to say more)
and the Deus Ex game was all prerendered as fuuuuuuuuuuuuck so I aint getting excited about that.

ikke471 wrote:To me the winner was Nintendo in terms of how fun the presentation was.

At least they know how to celebrate milestones *cough* *cough*

Lol yeah I feel that.

SE's didn't wow me, either. I've been thinking about getting into the Kingdom Hearts series but couldn't be arsed to watch the conference through. Maybe I'm just a sucker for puppets or something. And wool!

I watch the E3s since 2006 and I am sure this was the worst Nintendo conference I've ever seen so far. While the presentation was nice (Muppets!) I am really disappointed by the lack of content, especially for Wii U owners. I got happy for StarFox fans and I got surprised by the Paper Mario/Mario RPG crossover game but those things aside... damn, Nintendo. What's wrong with you lately?

When I saw the Skylanders partnership with Nintendo and saw DK and Bowser in-game the first thing it came up to my mind was "Look how Activision is desperate for sucking more cash by dragging Nintendo fans there.". I love the Bowser amiibo but it isn't that that will make me buy the game. Sorry, Activision.

I even expected more info about the new Wii U Zelda title but there was zero details.

Damn, E3 2015 has got to be the worst year ever since I started accompaigning this.
Top

Well Nintendo did say they wouldn't bring Zelda U to E3 this year, instead there'll be a Nintendo Direct later this year with a new trailer.

Agreed, this is pretty sad. Square Enix definitely won E3 in my book and Sony came close with the Shenmue III announcement and The Last Guardian being brought back, and the first look at the FFVII remake (but that's Square's game, so they deserve to win).

Anyway, E3 2015 seems to have shown us a lot more RPGs than the last few years (although again it's mainly Square Enix's doing)! I'm pleased.
Next-gen games on my "to buy" list now include:
- Final Fantasy XV
- Final Fantasy VII remake
- Kingdom Hearts III
- Shenmue III
- NieR New Project
- Star Ocean 5
- Tales of Zestiria
- Tales of Berseria
- Horizon
- No Man's Sky
- Fallout 4
- The Last Guardian
- Uncharted 4
- The Witcher 3
(And I guess Zelda U, which is the sole Wii U game I'm looking forward to.)
Yeah. Looks like I'll be getting a PS4!
Oh, and a PS3, because I still want to play all the RPGs I missed for that.
Last edited by Droolie on Tue Jun 16, 2015 8:37 pm, edited 1 time in total.
Top
Locked
171 posts