I think a large part of it has to do with it's game library which is mostly anime or 'weeb' games as you'd call them. While I enjoy few of those, I can understand how it a lot of people may not care. Meanwhile the 3ds has those, with games more for the casual players. The vita is suffering from an issue that the Wii U has and that is a dry lineup for the casual gamer.


Master wrote:I went for the PSP when my peers went for the DS. And while I did end up nicking the DS often to play titles like Kirby and Pokemon, I still did enjoy the games I had on the PSP (and homebrewing the thing made it an awesome emulation portable). I kinda hoped that Sony would have learned from where the PSP didn't do so well, and improved, but the Vita seemed to be pretty much dead from the get go.

I certainly wouldn't be upset with growing up with a PSP over a DS. I'm actually willing to argue that both were equal in terms of awesome exclusives.

Indeed, I loved playing Size Matters and The Lost Frontier (even if they are weaker than their mainstream counterparts), and I used to play Metroid Zero Mission and Fusion without issue thanks to gPSP. According to the Wall Street Journal, Nintendo may shun the TGS to reveal the NX in october instead. Bummer. 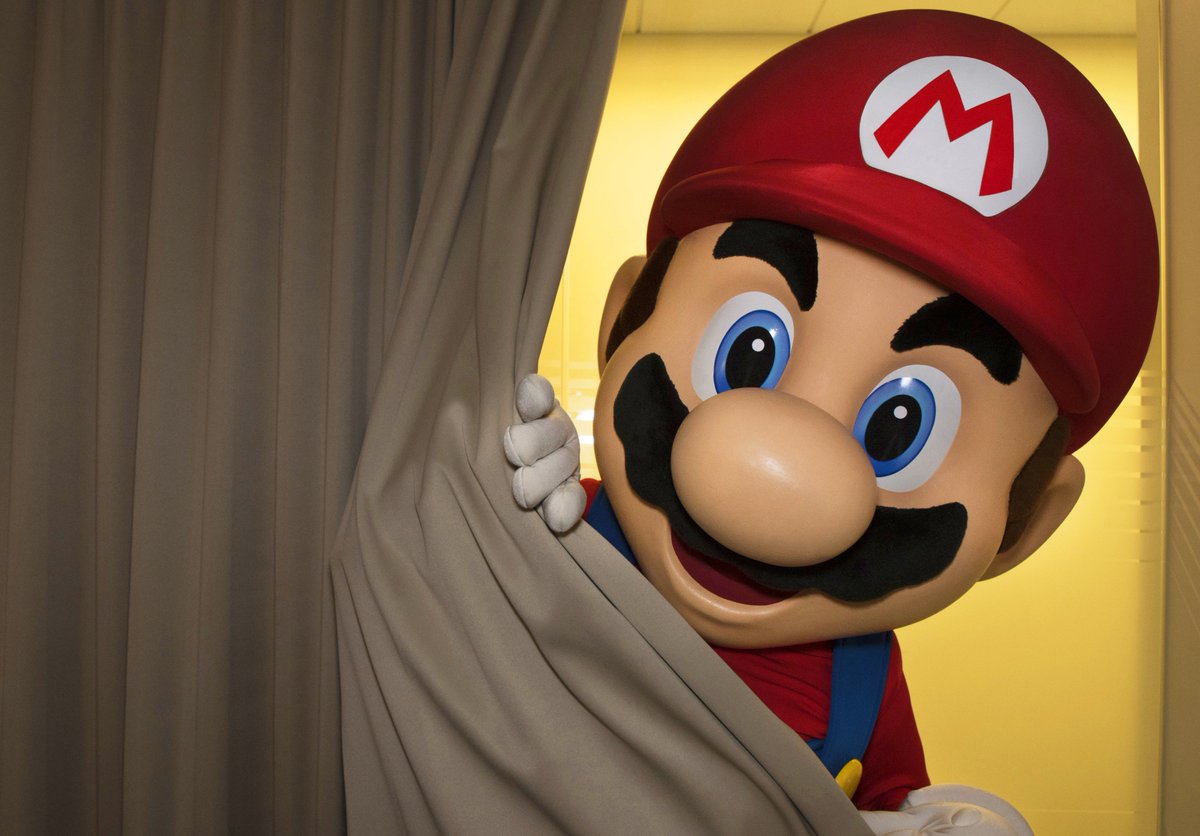 Of course I'll be in fucking college then, god damn it.
Ah well, it's only a 3 minute trailer, no? I can just check after.
I'm VERY curious to see if nintendo can rise again.

Same situation here, will be in uni. But likewise I do hope Ninty shows they've learned from the Wii U.

The Mario photo scares me, and yeah I'm extremely curious to see if all the rumors we heard so far are true or if it's a completely different thing from what we were told.
Rare Rayman images Drive folder:
https://drive.google.com/drive/folders/ ... sp=sharing
Feel free to share any rare media that's missing.
Top

I'm wondering if they'll show off any games. I'd imagine they'd like to showcase Breath of the Wild, even though this is a teaser.

https://mynintendonews.com/2016/10/20/t ... perfectly/
So apparently there is an exclusive Mario NX game (obviously), but what I'm curious of is if its the fully open world 3d title we've all been wanting since Galaxy...

It is about time they start talking about the NX!

Looking forward to the small presentation but I hope the wait was worth all the super secretism they had for this long. I want to see if some things are dismistified like the rumours of being an hybrid (both portable and home console setup). I want them to surprise me like they did back in the Wii era.
Top

Nintendo Switch it is.
Still in uni so I haven't watched it with sound, but either ways, I'm feeling a little optimistic. I'll give my thoughts when I've got a physical keyboard to hand.

Yep, we can already see that all wii u games will be backwards compatible with the system which is good for people like me who don't own a wii u, I like the concept of this system a lot and I think it has a ton of potential, I'm still going to call it NX though.
Rare Rayman images Drive folder:
https://drive.google.com/drive/folders/ ... sp=sharing
Feel free to share any rare media that's missing.
Top

! The rumours are then true! I confess I was worried with the detachable pad rumour but the trailer showed me it works better than what I was originally thinking. There is no doubts there is a new 3D Mario in the way and a possible new Mario Kart (Are they going back to the Double Dash concept?) but the mystery is now... will BG&E2 go to this system?

Looking forward for more informations in future. A thing is certain: I won't purchase in day one. If I ever purchase I will wait a long while until I find it is the good time. Knowing it is powered by a Tegra, I am mentally prepared that this console will make many wallets bleed.
Top

eh, I'm not too into it honestly. Nintendo's gonna have to really sell this if they expect me to get it.

Seriously though the console looks like a neat concept but I wonder how many people will actually use both configurations of the console, because i bet most people will stick with either home console or handheld.

And i hope the games they showed were just to demonstrate the console and not the actual launch line up because if your using Skyrim as a selling point in 2016 something is wrong with your launch line up. Not that skyrim is bad but it turn 5 in less than a month, if people wanted to play it they've probably already played it.

Didn't Skyrim just get a remastered edition not too long ago?
Top

It comes out in little over a week, might make it a bit more relevant but point still stands that its a 5 year old game thats already made its millions.

Does make me wonder if the switch version will have mod support, or if Nintendo are gonna be stingy like sony. I imagine it will though.

I'm curious if the third party support will end up being a flop like the Wii U, but I digress, I for the most part, am very impressed due to few things.

1.) Nvidia powered. Nvidia makes some badass video cards, so seeing as how that'll be integrated into the console shows that Nintendo is definitely aiming for pretty good graphics with this one (I'm going to hopefully assume better than PS4 and Xb1?)

If what this image shows is true, I really hope to see a more casual audience start to lean towards Nintendo, this is really good news.

3.) The design/portability.
The problem I had with the wii is that, while a nice console, it came off as incredibly kiddie, the Wii U as well. This however, something about it comes off as more 'sleek', I can't really put it into words, but something about it looks FAR less childish than the wii and wii U.

TBH I wouldn't take that thing anywhere outside the house, it's too big to take on the go like you would a 3DS or Vita.

While it's true Nvidia is an expert in graphics with their Tegra chips have shown to be pretty beastly, I'm guessing the Switch has to deal with battery life, while the PS4 and Xbox One are mains powered. With that in mind, I wonder as to whether or not it'll be capable of outputting comparable graphics to those two, without draining the batteries. I know some have speculated that the console dock might provide extra computational power, and others seem to note that games seemed to be laggy when in portable mode, with that in mind, I wonder if the Switch outputs a lower resolution to its screen, compared to a monitor when docked.

As for third party support, I did find it intriguing how they showed Skyrim quite prominently, probably to hammer home the point. Either ways, I do hope they manage to keep hold of third party support this time, as it felt like the majority of folk abandoned ship with the Wii U.

As for the design, it looks nice, though a little understated.