Discuss tools to aid in the modification and running of Rayman games.

In general, it wasn't easy, but here it is.
Preset with fakehdr, liftagamma, levels, clarity, SMAA, FXAA.

Rayman 3 visuals are a bit castrated in comparison to PC version so it requires different Reshade preset. Textures originally are also in lower quality.

Additionally, I came up with the conclusion that modded ICUP321 textures are not sharp enough even on FHD display, so I upscaled them by 200% with Lanczos filter in XnView Classic (after comparing with other filters). Altough, now it would be cool to upscale them with ESRGAN AI, which suppose to give better results.
But believe me or not - it's really better even now

Mainly textures of ground, but at least it satisfies me. In a matter of colors, it doesn't change anything.
Of course, I could also add automatic filters to contrast, since it gives interesting results, but then I'd have to make completely different kinds of presets (result textures would be much brighter).
I hope that ICUP321 has nothing against upscaling and reuploading the textures.

Generally, making a preset bright enough at nights as in daylight was like conciliate satanist with pious grandma.

Proper mixing of lift gamma and levels shaders helped to cheat the image enough. Days and nights are not too bright or too dark. I finally learned how to use lift gamma shader and clarity - generally manual settings in comparison to R2 Reshade.

I didn't change native culling - because it eventually helped to keep days not overbright while not making the night unacceptable like overbright days (culling set as "front" in Dolphin graphic options makes the game brighter).
Somehow, pity that game doesn't have luminosity setting like in R2. It would help achieve better results.

Reshade has beautiful built-in, injected in any game, GUI configurator and preset maker (CTRL+F2). It makes eveything much easier, and minimizing the game is no longer needed. Maybe results are not that spectacular like in Rayman 2 and my Reshade with SweetFX 1.0 presets, but performance overlay is lower. And it looks pretty, pretty nice compared to Vanilla GC game with tex mod.

I need to honestly admin that I overreached with blue color saturation in liftgammagain (in cost of better brightness in dark areas), hence my favorite opening levels not look as could imagine, but it still supposes to be better than before there. I'd gladly see your own presets (even based on mine - I fully adimit - just press CTRL+F2. You can even set there a key to disable particular effect).

In a matter of sound, I recommend turning on stereo in Rayman options. Turn on Pro Logic only in Dolphin options (available in Ishiruka Dolphin). Turn off half audio rate by adding ISO path in options, and clicking RBM on game title in the emulator, then properties.

Don't touch 16:9 in Rayman options - emulator takes care about it properly when you choose Widescreen hack in Dolphin>Graphics, remain it set by default in the game.
And of course, set internal resolution to corresponding with your monitor's, or higher (e.g. 5X for FHD is fine). MSAA X2 (for which I was optimimzing FXAA/SMAA in preset) for constant 60 FPS in all places requires 7970 GHz/R9 280X after OC, or GTX 970. But without SMAA, even HD 7770/HD 6870 should enough in most places.

There are attached textures for NTSC version with PS3 controls textures (360 or HD GCN HUDs are here: https://yadi.sk/d/oKTZe9eo-sj_jw). I ommiting PAL textures because who wants to play in 50 FPS... Video Rate Hackk in Dolphin doesn't work in this game (and texture upscaling compiled up to 3 hours for me).

1. Download Ishiruka Dolphin (AFAIK - the only Dolphin version allowing to inject Reshade, and by the way, it can exclusively use Vulcan renderer for now [though it doesn't work with Reshade, only with OGL]).
https://forums.dolphin-emu.org/Thread-u ... om-version

3. Download Reshade
https://reshade.me/#download
Chose in installer "OpenGL" (but remain default emulator renderer in Graphics as DX11 - yes it works, honestly don't know why, found it by accident when OpenGL started to crash),
afterward choose preset (the newest version - 12 recommended) you can set performance mode (fast Reshade loading times), especially if you are decided on this concrete preset (the option is also available in GUI via CTRL+F2->Settings).

4. Put textures to Documents\Dolphin Emulator\Load\[here comes the game number folder] [you can overwrite any older tex mod there if present]
https://yadi.sk/d/5EpdhiN2aY6NZQ

5. In Graphic->Advanced turn on load custom textures and prefetching

6. In case of the will of using keyboard during game, just copy this .ini:
https://yadi.sk/i/lKz8o4NAMUy-TA
to Documents\Dolphin Emulator\Config\GCPad
Then go to Controllers and choose Standard Controller in Port 1.
Go to Configure and choose profile from the list, and press load. Then press OK.
All controls works like on PC - only use backspace and backslash (right below backspace) for ESC. 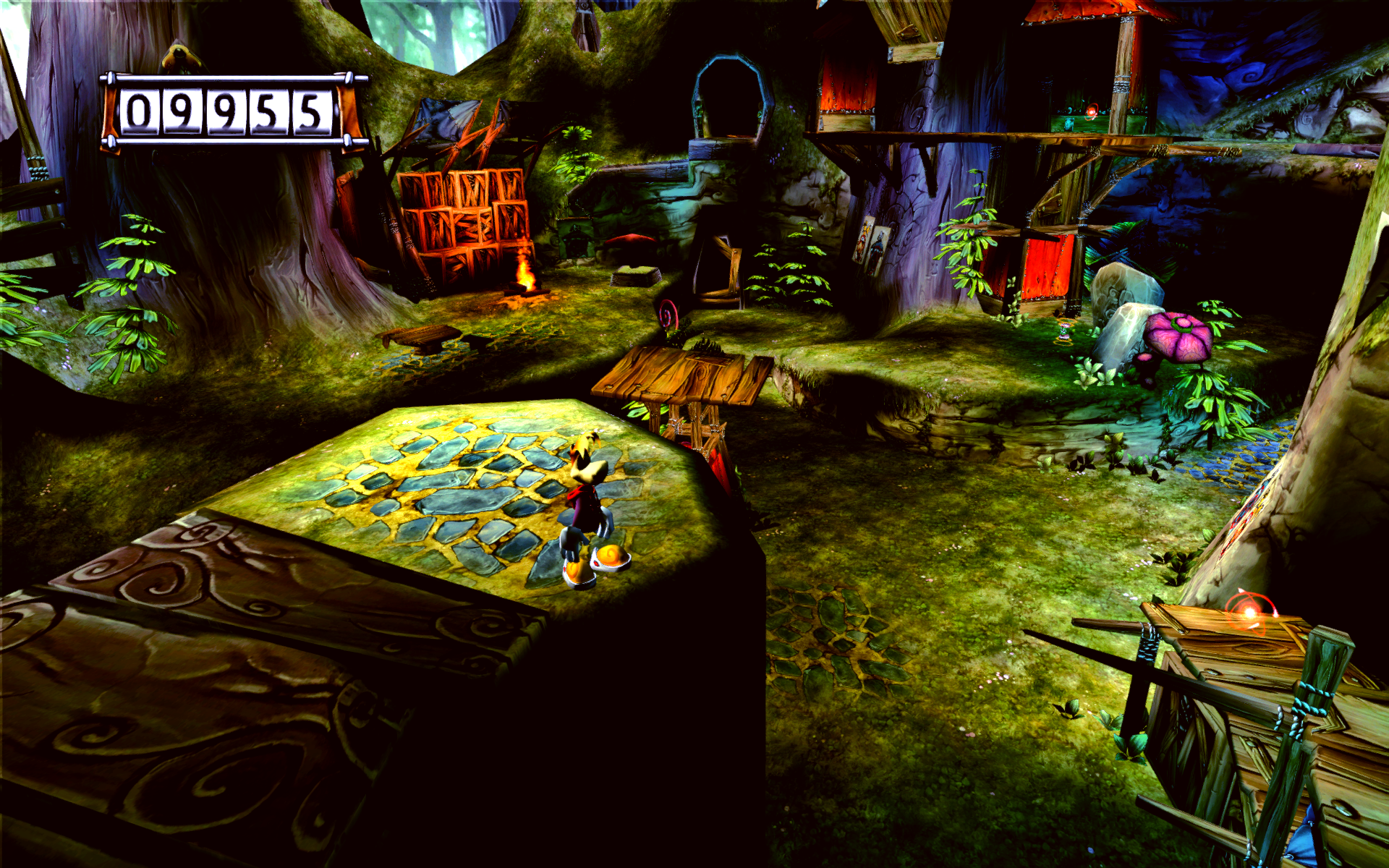 ___
If anybody wants to see how Rayman 3 looks like in UE4, here you are:
https://www.youtube.com/watch?v=-p5IJeBjBjc

Return to “Modding and utilities”