Bégoniax is a wily witch bent on brewing the ultimate beauty potion. Problem is, every potion she makes only makes her more hideous and insane with each failure. Those wandering into Bégoniax's domain best beware this crazed conjurer's wicked wiles.
—Press release, Rayman 3[2] 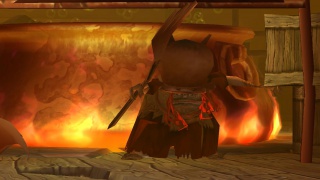 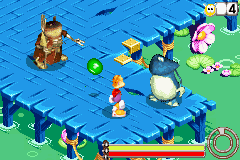 Bégoniax was directly inspired by Madam Mim from Disney's The Sword and the Stone.[3]