Difference between revisions of "Carmen"

Carmen the Whale is a character from Rayman 2: The Great Escape. In every version, Carmen's first appearance was on the Main Menu, making her the first significant character to appear in the game, even before Rayman. Carmen's home is in the ocean, though she occasionally makes trips to the Whale Bay. Carmen has been witnessed having a taste for the nettles common in the Sanctuary of Rock and Lava. Carmen's purpose in life is to survey the depths of the ocean, depositing air bubbles to help any stray plants and animals, and in this case also Rayman. Piranhas are very fond of her air bubbles, since they suffer from heartburn. Early in the game's production, she was known simply as The Whale. 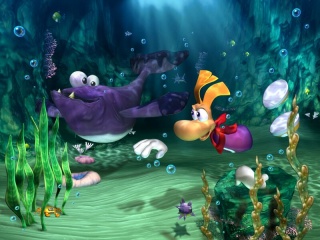 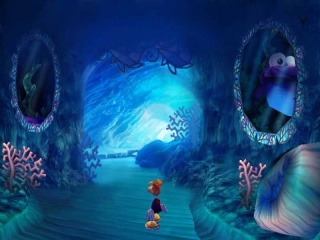 In Rayman Revolution, Carmen makes an additional appearance following the Whale Bay in the ocean outside the Sanctuary of Stone and Fire. The rescue of Globox and Carmen is required to access the Sanctuary, as Carmen must eat the thorny nettle blocking the entrance.