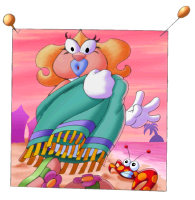 A variety of crab is briefly glimpsed during the credits of the original game
Retrieved from "https://www.raymanpc.com/wiki/script-en/index.php?title=Crab&oldid=33912"
Categories: