Difference between revisions of "Flying shell" 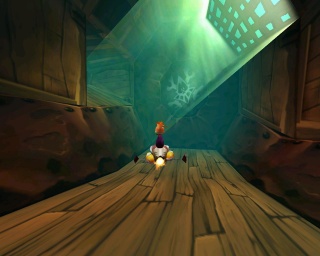 Rayman riding a flying shell in the Prison Ship.

Flying shells are missiles in Rayman 2 which, unlike normal shells, can fly in the air. They do not need to be tamed and seem to show a certain liking towards Rayman, as can be seen in the final battle where one comes up and helps him fight the Grolgoth. When on a flying shell, Rayman can turn freely in any direction, and can stabilize the shell by holding the strafing button. This does however not work on the Nintendo 3DS version. Flying shells are usually grey in color, but some of them appear to be yellow, just like walking shells.