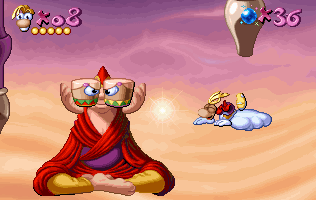 Rayman is pursued by a lethal and unseen force