Hoodblasters (known as Hoodmongers in the PAL version of the game) are Hoodlums with shotguns that appeared in Rayman 3: Hoodlum Havoc, Rayman: Hoodlums' Revenge, Rayman Kart, and "Wanna Kick Rayman?" video extras. 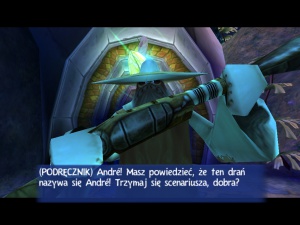 The most fanatic soldiers in the war to free the Dark Lum Lord are the Hoodblasters, known for the mighty boomsticks they tout with tyrannical authority. These grifty troops are the grunts of the Hoodlum Army and feature some of the most scattershot shooting skills ever seen. While off-duty, Hoodblasters live for the cutthroat competition of frog shooting tournaments.
Hoodblasters are the most common enemies and Hoodlums in Rayman 3: Hoodlum Havoc and Rayman: Hoodlums' Revenge. They use two types of shotguns to attack Rayman and wear hats. Hoodblasters can be found in most places at Rayman's world at the Crossroads of Dreams. They wear orange clothings and their eyes are red or white. They appears in all the worlds, even in the last boss Reflux except in the Longest Shortcut.

Hoodblasters are the most insane and stupid enemies in the Hoodlum Army in Rayman 3 and Rayman: Hoodlums' Revenge. They also have a tendency to shoot each other when trying to hit Rayman.