From RayWiki, the Rayman wiki
Revision as of 22:31, 17 May 2014 by Pigeon1qwerty (talk | contribs) (Added the fact that the level is replayable in the DSiWare version.)
(diff) ← Older revision | Latest revision (diff) | Newer revision → (diff)
Jump to navigation Jump to search 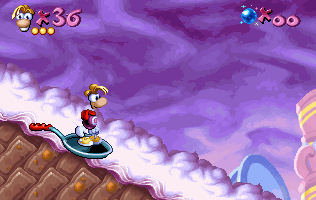