Difference between revisions of "Mr Sax"

Mr Sax is a giant saxophone and the second boss in Rayman, located in Band Land, in Mr Sax's Hullaballoo.

He is first encountered in Allegro Presto, where Rayman finds out where some vicious wrong notes are coming from. He will blow wrong notes at him, and Rayman will simply have to punch one of them back, so that the giant saxophone leaves the level. 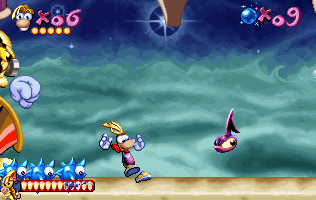 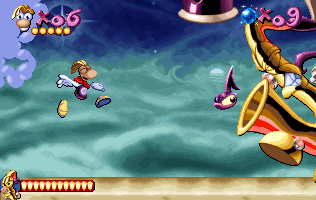 In Mr Sax's Hullaballoo, he starts blowing wrong notes again, which can be punched back to hurt him. Then, he starts chasing Rayman, who can also punch the static wrong notes that stand in his way. This way, he can take take away up to 9 of his 12 life points, making the final battle much easier.

Mr Sax's main attacks consist in blowing wrong notes of different kinds at Rayman. The first type looks exactly like sliding wrong notes, except that one hit is enough to throw them back to the sender. He can even blow three of them at a time. They can also be found on Rayman's way when he is pursued by Mr Sax: in this case, they float in the air, and punching them will send them at him. 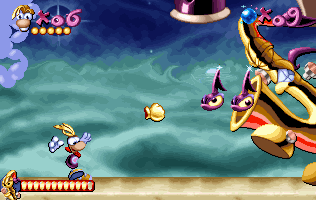 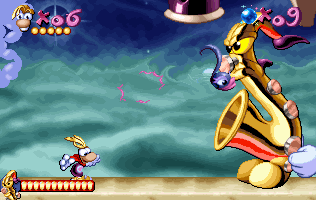 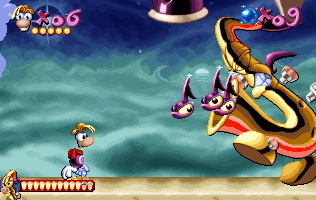 The second type, called fragmentation wrong notes, are round notes which explode in the air and free eight tiny invincible wrong notes in the shape of the first type. Mr Sax can blow two of them at the same time, making it much harder to dodge the tiny notes. 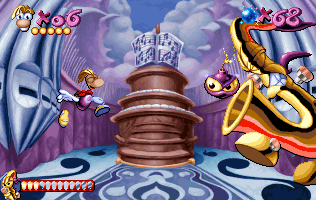 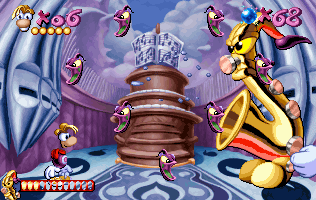 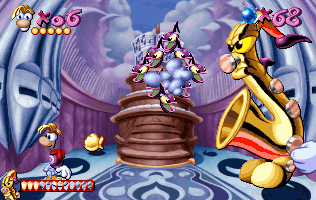 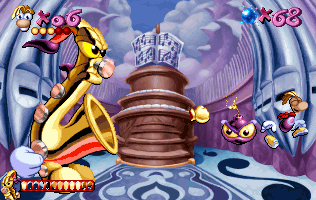 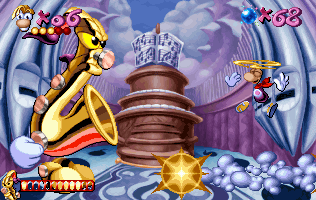 Mr Sax's attacks also include stomping Rayman, even though he is quite easy to dodge. Once beaten, he starts dancing, and looks pacific. 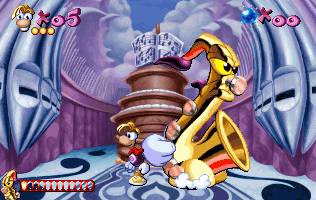 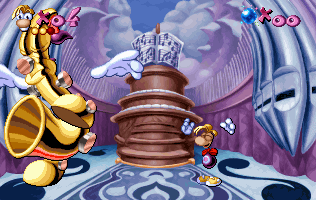 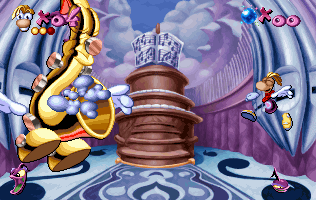