The mountain is full of deep chasms. To travel into the depths of the chasms, Rayman must ride the flat stones. He will also have to know his numbers perfectly, otherwise the fall can be fatal!
—Manual, Rayman Junior

Pebble Peril is the second level in Rayman Junior, and is set in the Blue Mountains. It is also the first math level, where Rayman must identify the correct number the Magician says. 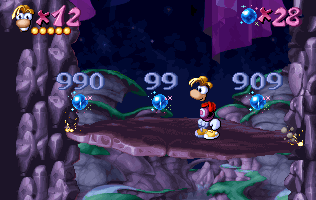 In the first part, as Rayman rides on the flat stones, he must go on the Tings that are under the correct numbers the Magician gives out. 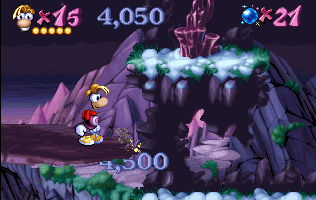 Part 2 has the same objective as part 1, although there will be paths to be taken instead of Tings. 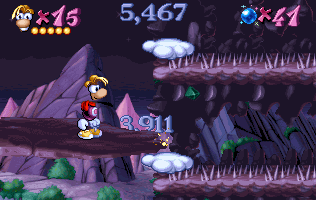 Part 3 has the same objective as part 2. 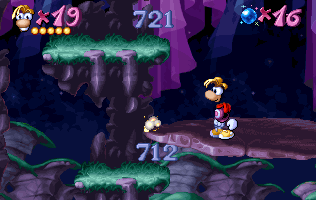 Part 4 has the same objective as parts 2 and 3. Betilla at the beginning warns Rayman to keep up with the flat stone. 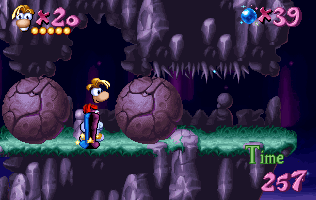 The fifth and final part.

In this final part, Rayman must find all the numbers that have a certain word number the Magician says.