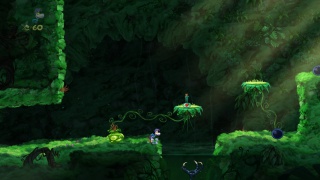 Upon entering the area, the heroes encounter Darktoons for the first time in the game. After defeating them, the heroes must make climb out of the chasm to get to the top, by performing more walljumps, using a horizontal vine, and bouncing on flower bulbs. The exit can be found to the right, however, the first secret area can be found on the left, with an Electoon cage inside; the heroes can crush attack the wooden platform below and hit the green bulb, which will create a flower bulb, making the area easily accessible. 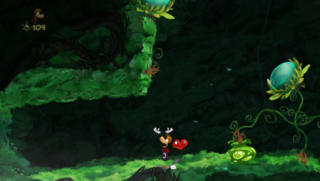 The first relic can be found above the heroes, just below the flower bulb. 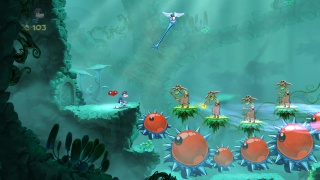 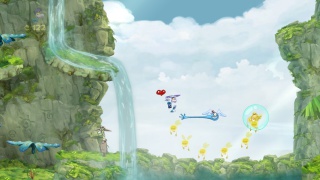 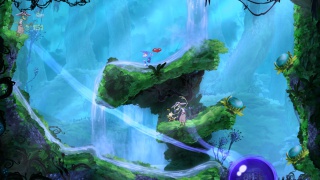 Filled with curvy water currents, the heroes must time their jumps to defeat two Lividstones guarding the cage. If they miss one, they can use the flower bulbs to bounce back up and defeat them. 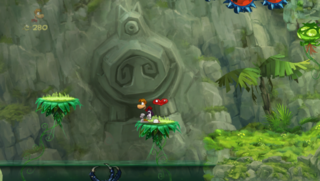 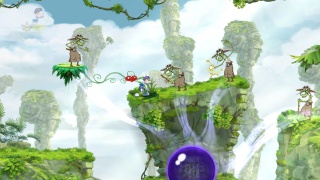