The Magician is seen at the start of the level on the left again and will tell the players about Bulb-o-Lums, charging their attacks, and ground pounding if they attack or jump on his hat. Afterwards the players can continue through the level defeating Lividstones and avoiding dangerous waters containing tentacle claws. Platformman also makes his first appearance in this area. 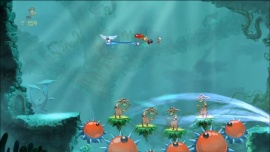 Similar to the first area where the team must defeat Lividstones and avoid dangerous waters. Even though an Electoon can be heard crying for help it is not in this area. 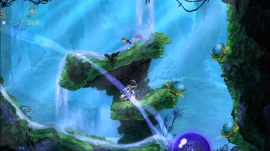 The team must now use their combined skills of jumping and attacking in order to defeat Lividstones and avoid falling into dangerous waters or bottomless pits. Several spiky flowers guard two Skull Coins in this area.