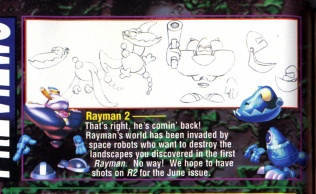 The General appears prominently in this preview image of the game 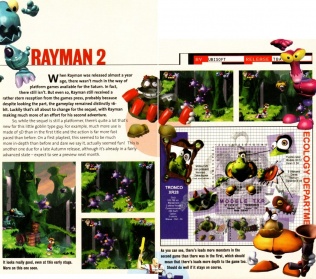 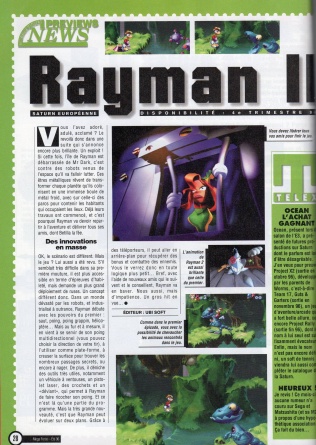 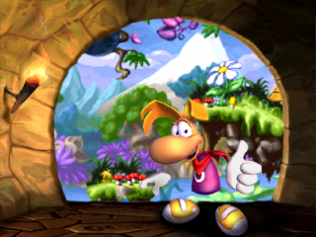 The five images on the top row are screenshots from the same level which is playable in the final PlayStation version of the 3D game. The images on the bottom row include, form left to right: Rayman sneaking up on the General and his Robo-Pirate servants; the game's monocle-wearing enemy clutching a cage and a gun; and the green chainsaw-wielder, TRONCO XR28, stopping to look at a flower.
Retrieved from "https://www.raymanpc.com/wiki/script-en/index.php?title=Rayman_2_(cancelled_prototype)&oldid=15748"
Categories: