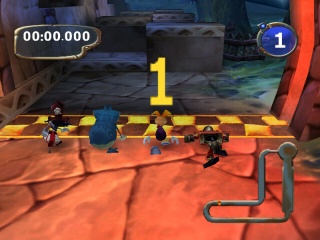 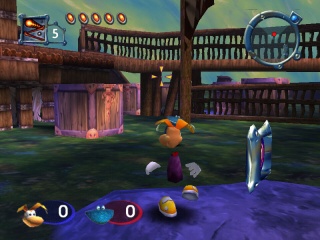 Rayman M is set mainly in environments based on those of Rayman 2: The Great Escape. The game consists of four different worlds for each mode, each with three stages. The world the players play in also determines the difficulty of the game, going from Beginner to Advanced. As the player progresses, the harder difficulties are unlocked. Many of the worlds in Rayman M that resemble locations from Rayman 2 include Ly's Palace, which resembles the Sanctuary of Water and Ice, and the Dark Sewers, which are reminiscent of the Tomb of the Ancients.