In Rayman 3, the Glade of Dreams is attacked by an army of Hoodlums, sack-cloth creatures piloted by Black Lums. Each of these Black Lums – including their leader, André – is a corrupted Red Lum. If Rayman uses the grimace on a Black Lum, it will revert back into a Red Lum. 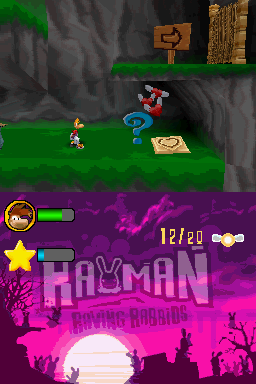