Difference between revisions of "Relic"

Relics are collectible items exclusive to the PlayStation Vita version of Rayman Origins. They are small drop-shaped stone figures, which's colours and design vary depending on the environment where they're hidden. They can be found, usually hidden, appearing as a silhouette in a wall, or behind certain objects or covering. There are 91 of them in total, 43 red found in the first five worlds, and 48 blue found in the other five. Collecting a Relic will gradually give the player a piece of one of the two mosaic puzzles in the Snoring Tree. After one of the puzzles is complete, it unveils a short story, as the camera scrolls through the different events of the picture, accompanied by music. The puzzle at the right corner of the Snoring Tree explains how Globox became blue (this story is included in the artbook The Art of Rayman Origins), and the one at the left explains how Rayman got his helicopter hair. 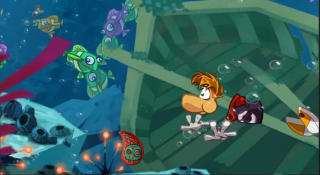 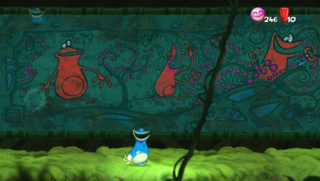 Part of the mosaic, showing why and how Globox became blue 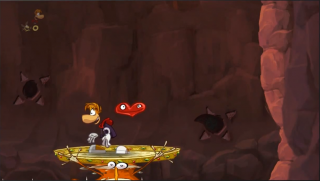 A hidden relic, found in a wall
Retrieved from "https://www.raymanpc.com/wiki/script-en/index.php?title=Relic&oldid=35060"
Categories: