Spiders are enemies found in the Caves of Skops, the fifth world of the original Rayman game. They appear in Crystal Palace and Eat at Joe's. With their plunger-like feet, they are very different from the variety which can be found in Rayman 2, its remakes, and the Game Boy Advance version of Rayman 3.

Spiders wander freely on their platforms, turning backwards when they reach an obstacle. When Rayman is in sight, they climb to the ceiling of the caves, and start firing homing stingers at him. It is, however, possible to defeat them before they climb to the ceiling. They can also duck to avoid Rayman's telescopic fist. In the Atari Jaguar version, they do not jump onto the ceiling when they spot Rayman, but simply turn their backs and start shooting at him. They also do not duck to avoid his telescopic fist in that version. 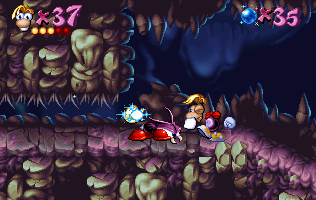 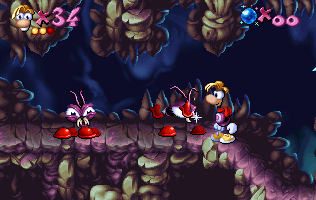 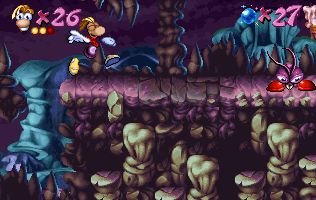 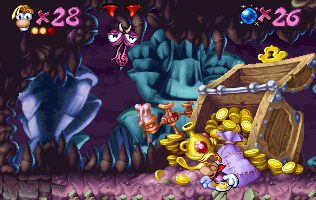 A spider about to fire a stinger
Retrieved from "https://www.raymanpc.com/wiki/script-en/index.php?title=Spider_(Rayman_1)&oldid=39049"
Categories: