Spinneroo is a paranoid prison guard who spins round at breakneck speed to make sure no-one's creeping up behind him.
—In-game description, Rayman 3: Hoodlum Havoc

Hoodlocks are large and in charge. Their huge girth and deadly wrecking ball fists make them perfect for guarding passages and doors. Once a Hoodlock is assigned to its post, even their commanding Hoodlum officers have a hard time getting them to go away!
—Official description, Rayman 3: Hoodlum Havoc 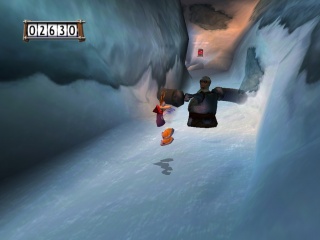 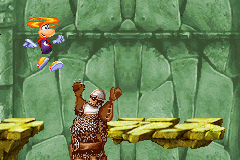 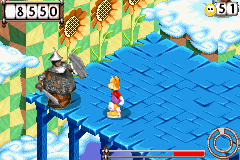