The Hard Rocks (French: Le Chaos du Cauchemar – The Chaos of Nightmare) is the second level of the Blue Mountains, the third world of the original Rayman game. It always consists of three parts. This level is most known for its sudden traps, mainly linked to gendoors.

This part is known to be the only one with two exit signs, along with the first part of Space Mama's Crater. Heading to the second one will also lead Rayman to a bonus life guarded by stakes. 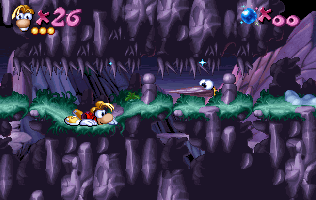 Rayman ducking to avoid a stake

At two moments, Rayman must hurry because an invisible force kills him if he isn't as quick as the screen. This is the second and final part of the game where an force that is invisible attempts to kill Rayman, the first being the second part of Gong Heights. 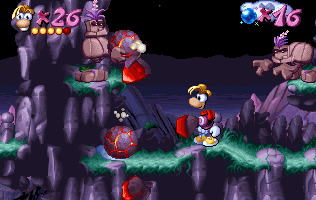 Although filled with traps causing difficulty to be high, this part contains a lot of hidden bonus lives. 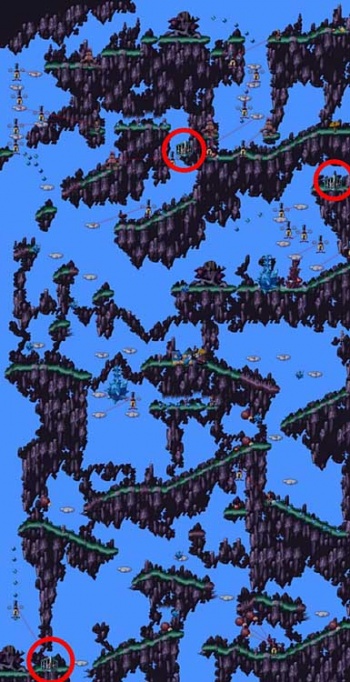 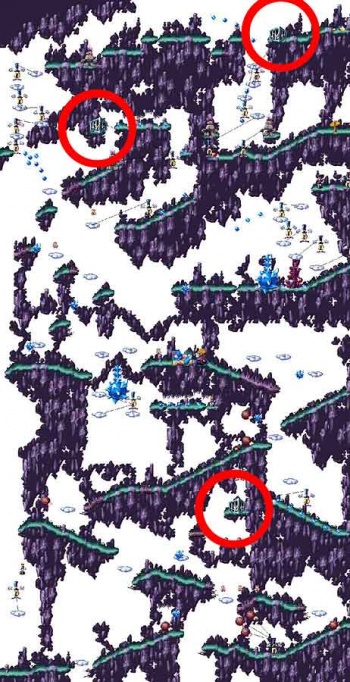