How is RA actually pieced together? Is it presented as its own game or more just a set of RL style levels, like the last two app games?
Burgers float into my room...

It's more of a set of random levels. And after you complete a set, you can choose another set. There is no order so it's all random.
Top

The collectable creatures add a bit more incentive than, well, any of the collectables in Legends. They actually provide gameplay stuff instead of just unlocking new levels.

The levels themselves are fantastically designed, and do a lot of new stuff with the underused level themes from Legends, like the olympus and castle levels. The game also feels just better design wise, at least in my opinion.

Harkening back to those CG trailers of RA from months back, i was very interested, big time, in seeing how Globox and ol' Grandie Minimus and his schlonker fellows (tha cutie-patootie teensies) in further, finer detail looked in 3D! Especially Rayman’s (ehem-ehem, actual, & long time) sidekick Globox, now that he dons that just-plain-silly Origins dealio

where the sides of his head, his lips look like they bearly carry his loose lid-shaped head!

I really wanted to see how that would looked close up, just Rayman and good ol' Globox-er snoring in the boat or island, unbeknownstly ready to save some folk in thier wierd way

. Like, none of his previous 3D appearances ever had that odd thing (instead showing the inside of his mouth, looking like a friggin bigmouth bass and junk!) which i saw back in that RL trailer in which the best part about it is when i saw the grand mimi and Ray about to punch the giant serpent! The CG was insanely fine, what with the silly toads and thier eye wobble physics which indeed translates well in 3D (gives us hope on what stylization the next big 3D game will have!

)
AND THAT ARMORED TOAD LOOKED SO BOSS COMMANDING ALL THOSE TOADS IN SOME BEANSTALK LAND!!! (ahhh, the memories, well first-impressions of when i 1st saw that trailer in 2013, just beautiful) But anyway, the one thing i saw from Globox was how he did indeed look different & silly when his side of head what shown, not in a redesign level of difference, but still, different... I of course wanted to see more of this, along with how the teensie's eyes look in the UbiArt 3D, you know, that would have been fun, interesting to see, and in style of the UbiArt Rayman sillyness where just looking at them is pretty cute and funny at the same time, and that Globox thing, (lets not forget his large family btw) with his odd head physics, would have been a absolute blast for me & many fans to see in the trailers for Rayman Adventures.... Untill......

Well i guess, in some side adventures, Rayman, i assume, wants to travel with some of the colleagues he stumbled, er meet in his previous adventures, agian I assume, get to know them better? Idk... Anyway instead Barbara, out of all the large-nosed wonder's friends (Murphy, why couldn't you be there

) is with him, happens to be with him during the very beginings of the egg-stealing!

Egh, Barber-Uh, even tho i guess she doesn't really know it (within's ray's friendship circle) acts like if Barber-Uh has been a long time veteran and crap, or seems she can just suddenly barge in within', egh i guess the position of sidekick, well a position Murphy, Globox, heck better that cutie patootie rebel Goth Teensie legit deserves to have been! That spot in the trailer and intro/starting gameplay part when you choose between Rayman and that other, errr scarred individual!

Hold on, as i legit type this, I'm thinking it would have been magnificent to see rayman and goth teensie (or his actual crush, Teensette!!

) snoring and being complete hams as they hear those dastardly lividstones steal those eggs, but sadly, noooo, we were robbed of that!

(Im not mad btw) But still, wish one of the Glade's iconic critters (teensies, globox) were the stars alongside rayray, instead of some pushy friggin newbie

who still hasn't established the gall to be in the same "pedestal ranking" of Glade's more recognizable heros, in other words, Ray, Glo, Grand Minimus, the teensy-fans, wizard, goth teensies have deeper resumes than that high pitched, yapping viking, Barby-something!

See, I bet a typical Glade denizen would barely even know who she is, she is like a M-li, i mean U-list celebrity, wich is the reason why she has the nerve to bump heads with Bubble D's champion on a daily basis!!

Anyway, so Rayling, in this latest caper for now, puts on something different over his O shirt, and well, uh, so is that portly man supposed to be Barbara's dad or something, and what's his story, or dialouge? And how does he know about the eggs and critters, and where is the rest of his forehead? Can't wait to get this game in September! (I'm still in fiesta run's candyland levels, i love candylands

) Long text is long. And yess, the Dracula 'world' is here.

Jesus fuck, the hell are you trying to say? I'm just going to assume you really like Barbara.
Top

ok i guess my post meant to say "Tl;DR i just wanted to see Globox in Ubisoft's latest CG" Eek, im not actually mad at all (why would I?) i just added the emocons for pizzazz.

But really, Brad my boy, it all boiled down to this: Is anyone all all interested what Globox looks like in 3D closeup, in that odd-porportioned UbiArt style? Or is that just misguided curiousity?
Top

Avelina is here too 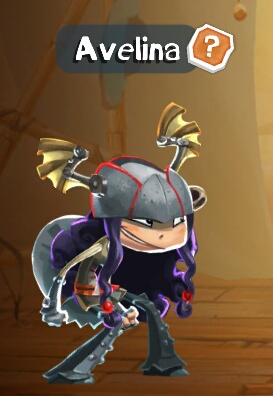 Squiz wrote:Avelina is here too

I know! But I really wanted her on the Wii U version of Legends and now I do!

No problem man! I've barely touched the Wiiu version since I got the game on Vita, so I'm glad the code has finally been of use.

Do like his arm design and glossy body though.
Top

Do like his arm design and glossy body though.

Agreed- it just looks a bit...wrong? to me. The texture is pretty nice, though!

Naw, it looks great! All you have to do is stare into his cold, dead eyes until it sucks the life from you!

I think it looks great. The UbiArt-style can transfer greatly into 3D, so there's no excuse of having an UbiArt-stylized game. It can work and once it does, it would look beautiful!

And also I drew Barbara with her new look. I guess I can't really fault the accuracy of Globox's model- it is pretty spot-on, if not a tiny bit wonky, like T&S said. I've just never liked Globox's redesign so he looks even stranger to me when he's transferred over to 3D.

By "redesign" you mean art style change, right? Because Globox has not changed in the slightest.