Perched on top of the palette that follows the trail of paint, Rayman must keep his ears open and listen carefully to all sounds. To direct the palette, Rayman must use his fist to hit the brush that matches the chosen answer.
—Manual, Rayman Junior

Art Alley is the first level in Rayman Junior, and is set in Picture City. It is also the first reading level, where Rayman needs to listen carefully to all of the sounds the Magician makes then shoot the brush that represents the correct answer. 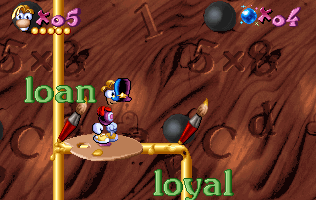 In the first part, Rayman needs to choose the word that makes the same sound as the one the Magician makes as an example. 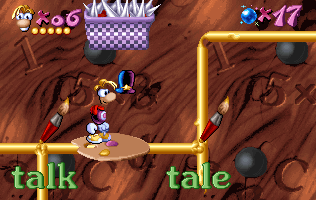 Part 2 has the same objective as part 1. 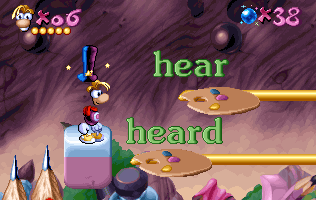 In this part, Rayman has to shoot the brush that has the correct rhyme to the Magician's example. 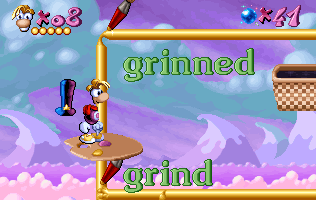 Part 4 has the same objective as part 3. 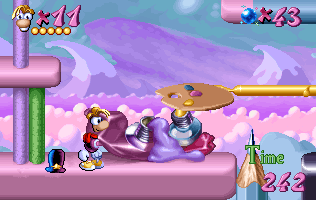 The fifth and final part.

In this final part, Rayman has to adventure around the area to find all the words that have a sound the same as the word the Magician gives.