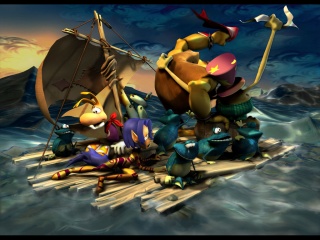 One of my favourite artworks that Ubisoft has ever made of the series: a render based in the famous French Romantist painting from Théodore Géricault, completely "Raymanized". 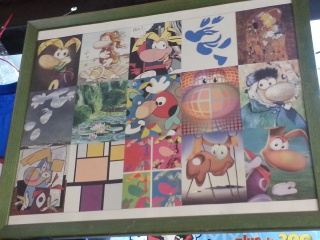 An unexpected discovery I did in a visit to Marseille. A retro gaming shop was exposing this board containing many Rayman 2 art parodies, some of them unknown by the fans until the date!

How has this interest for the Rayman franchise started?

I was in the house of an ex-neighbour which had a PlayStation One system with a couple of games. When I went to the living room I saw him playing a game with a very cartoony, colourful, happy and animated jungle landscape. I was marvelled to the amount of detail of everything in the screen. When I look to the left I see a character with a unique attribute, something that I've never seen before: no arms, no legs and no neck. I asked if I could play, and despite of his hesitation he let me. I found the character's attack quite fun and how the enemies died. I managed to beat a giant purple mosquito and to reach the first musical level. I took no time to notice that I was hooked! I tried out the sequel's DEMO in the same day that came in a PlayStation Magazine disk that the ex-neighbour used to have too. I became a Rayman fan from that day on. And that's my story!

Trivia (Nothing interesting to read here) 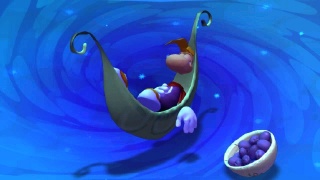 The best screensaver in the entire franchise. Bring these kind of goodies back!

Random stuff related with Rayman and the Rabbids

Wishlist/Products that I'm looking for