I was reading the last line about Rayman 1's Lighting Eyes and... 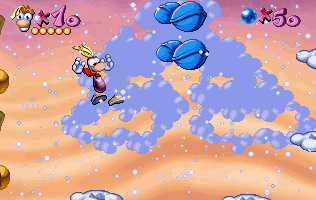 Do we have any reason to have Jumping Eyes listed as a "bad" aligned character? They just hop in one place and do nothing but stare at rayman. Sure, they hurt you on contact, but Eig isn't any better in that respect(jumping in Eig's mouth kills rayman). They even can be found in the cages on the Buccaneer in rayman revolution, and while they can be found almost exclusively in the locked up cave of bad dreams, it can still be found in the unrelated sanctuary of rock and lava.--Bomber123 (talk) 06:39, 19 April 2015 (CEST)

As they appear in the Cave of Bad Dreams it's kind of inferred that they're nightmares and bad characters. I don't see a reason not to put them under "Neutral" though. --iHeckler9