Reflux's Lair is the fifteenth and final level of Rayman: Hoodlums' Revenge. In this level, André completes Globox's transformation into a clone of Reflux the Knaaren, and Rayman must defeat the clone to put an end to André's plans.

In order to defeat the Reflux clone, there are two cans of Laser-Washing Powder which need to be used to give Rayman a super-powerful fist, which allows him to deal damage to the clone. There are Red Lums at the bottom-left and bottom-right parts of the arena, and Rayman must avoid falling into the water surrounding it. The clone can drink Plum Juice, which renders him invulnerable for a limited amount of time. With the help of the Laser-Washing Powder, Rayman can destroy the destroy the barrels which contain Plum Juice, though they will reappear eventually. The Reflux clone has multiple attacks. If Rayman is close to him, he can use his staff to knock him away, or create a ring of energy balls (which turn into heat-seeking energy balls) which can harm Rayman from far away. After the Reflux clone is defeated, he reverts into Globox, and André's evil spirit flees. Globox has no memory of the adventure. The two are happy as they walk off into the sunset. Then after that the credits roll. 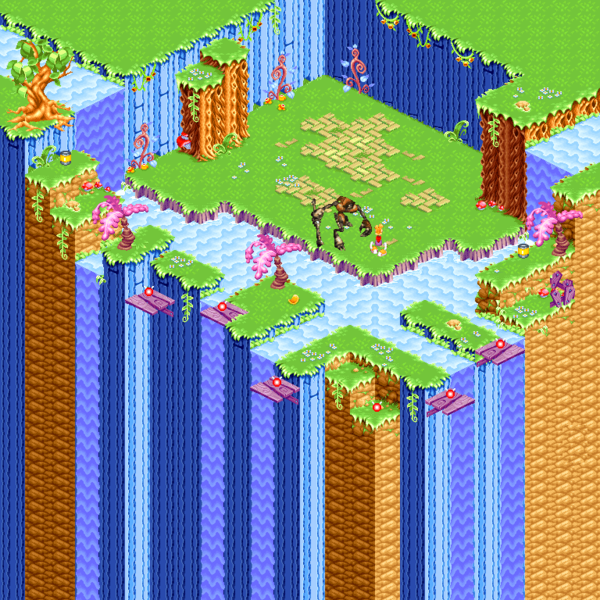