From RayWiki, the Rayman wiki
(Redirected from Betilla the Fairy)
Jump to navigation Jump to search

Betilla the Fairy is a major character in the Rayman series. In the original Rayman game, she is a powerful fairy who uses her magic to grant Rayman special powers that help him to recover the stolen Great Protoon from the clutches of the evil Mr Dark. In the sequel, Rayman Origins, it is revealed that Betilla and her nymph sisters created Rayman in the Primordial Forest to be the protector of the Glade of Dreams.

Betilla, as she appears in the original Rayman game.

Betilla is one of the earliest creations of Polokus, making her one of the most ancient creatures in the Crossroads of Dreams. In the original Rayman, she shares only a few attributes of a typical fairy, such as her ability to float in mid-air, and her ability to give Rayman his powers with her magic. She does not have wings, and does not appear to have the elven ears characteristic of other fairies such as Ly the Fairy. She has long red hair, and wears a green and yellow dress, and a hat and shoes covered with blue stars. At the tip of her hat float three pink orbs.

In Rayman Origins, while she retains her long red hair (which has become even longer) and ability to float, she now has small, very translucent wings, wears a bikini top, a short skirt and a tall pointy hat of dark and light green colours, and what appears to be dark green kneesocks that are worn up to her now-existent thighs. She also wears small golden earrings, a necklace and several gold bangles on both forearms.

She appears to be a meditative and peaceful character in both games (despite the chaos Mr Dark has brought upon the valley in the original Rayman), with great wisdom and the helpfulness to guide Rayman throughout his quest and teach him to use his powers effectively.

Prior to the invasion by Mr Dark, it seems that it was Betilla's job to protect the Great Protoon – the mystical orb which keeps the world in balance – and the Electoons, little creatures which gravitate around it. Her powers were no match for those of the evil Mr Dark, who defeats her at the beginning of the game, stealing the Great Protoon and kidnapping the Electoons. Throughout the game, Betilla meets with Rayman five times, each time granting him a new permanent power, gradually building up his strength and abilities. During Rayman's battle with Space Mama in her Crater, Mr Dark kidnaps Betilla and traps her in a tiny crystal ball. When Rayman defeats Mr Skops in his lair, he hears Betilla crying out to him for help. At the end of the game, Rayman defeats Mr Dark in his Château, and the inhabitants of the valley celebrate. Rayman's rescue of Betilla and his recovery of the Great Protoon are not shown, but an epilogue screen indicates that both occurred. Betilla does not appear in the direct sequels, Rayman 2 (where her role is taken by Ly the Fairy) and Rayman 3 (which features no major fairy characters).

She is gentle, benevolent and protective, but sometimes a little naughty – she is full of surprises. Betilla will give Rayman extraordinary powers and teach him to control them. Thanks to her, Rayman is better equipped to fight the evil creatures that will arise in his wake.
—Official site, Rayman Junior

Betilla makes a notable appearance in Rayman Junior, where she assists the Magician in giving Rayman an overview on the tasks he must carry out in order to complete a level. She had witnessed the theft of the Magic Book of Knowledge by Mr Dark one day as she was visiting the Magician's cottage. To allow the young player to practice, she has her own area on the world map called Betilla's Garden, which is a series of simplified maps that cover most of Rayman's abilities. Betilla also appears in other educational Rayman games for even younger children.

The benevolent yet badass Betilla from Rayman 1 is back with a vengeance. She is the eldest Nymph, one of Bubble Dreamer's first and most beloved creatures. She and her sisters will grant Rayman and his entourage the powers they will need to complete their quest.
—Manual, Rayman Origins

Betilla first appeared in the E3 2010 trailer of Rayman Origins. In this game she is identified as the oldest nymph and an old friend of Polokus. She ‘weaves the moonbeams of the second summer solstice’ to create Rayman, whom she hopes will protect the balance of the universe; however, the young Rayman is rebellious, immature and unruly. Like the Livingstones, Betilla is portrayed with limbs; a revision of her limbless appearance in the original game. It is implied that she is also the trailer's narrator, and she seems to be recounting the game's events from a distant point in the future (presumably after the events of the first three Rayman platformers).

In It's a Jungle Out There..., the first level in the Jibberish Jungle, Betilla is the first of the nymphs to be encountered, trapped inside the jaws of a Darktoon. When Rayman, Globox and the Teensies rescue her, she gives them the power to attack. She also appears in some levels of the game congratulating for collecting enough Electoons. She is lastly seen meditating with her sisters to open the door to Moody Clouds.

There's a trophy/achievement called Betilla's Back!, which unlocks once a player rescuing her from the Darktoon. 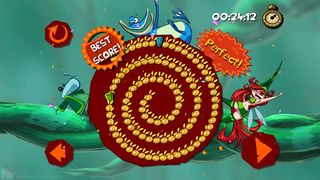 Betilla appears behind the Lum counter if the player manages to collect every Lum in a level. There also a wallpaper of her that can be unlocked if enough Lums are collected. 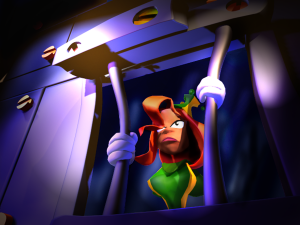 Betilla, as she would have appeared in the cancelled 2D version of Rayman 2.