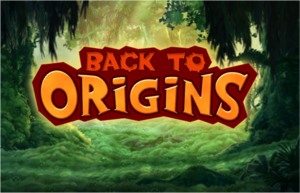 Back to Origins is a world of paintings in Rayman Legends which features levels from Rayman Origins. Each level has had various changes made in terms of level design and graphics. Not all levels are included, and the ones which are have had all story elements removed from them. The levels are unlocked through Lucky tickets, though will still need to be played in order in each of the worlds. 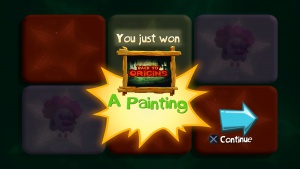 A new Back to Origins painting getting unlocked.

The logo.
Retrieved from "https://raymanpc.com/wiki/script-en/index.php?title=Back_to_Origins&oldid=79814"
Categories: